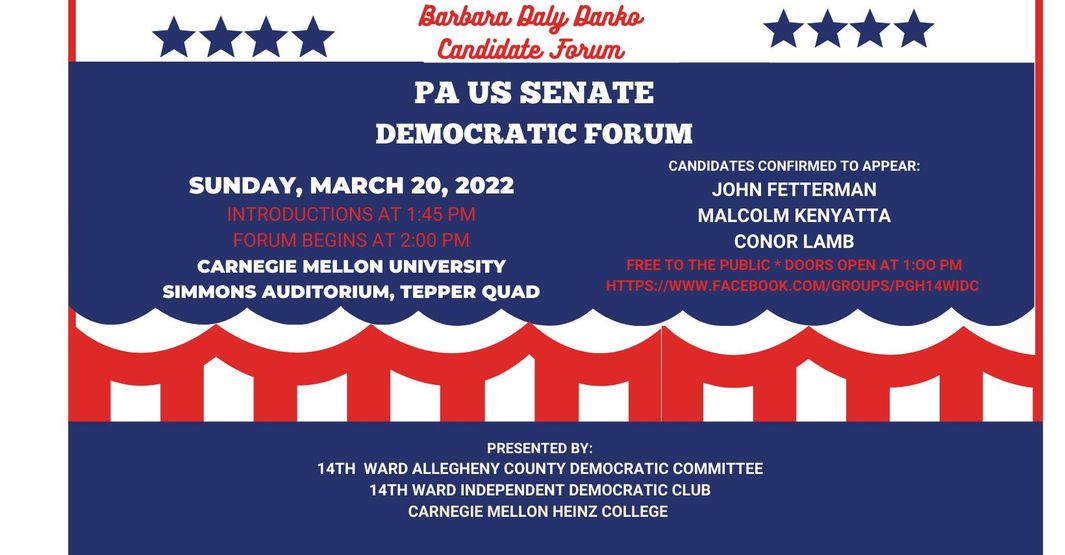 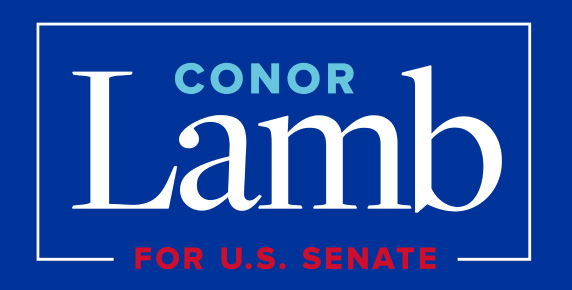 Conor Lamb for US Senate 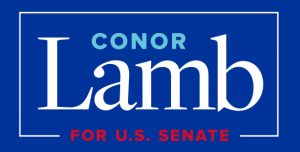 Congressman Conor Lamb is a Marine and a former federal prosecutor who is running for the Democratic nomination for the U.S. Senate in Pennsylvania.
Lamb represents Pennsylvania’s 17th district in Congress, which includes much of the Pittsburgh-area suburbs and all of Beaver County. Lamb won a special election in March 2018 in a district that Trump won by nearly 20 points. He went on to win reelection in 2018 and 2020 in two Republican districts.
Conor’s priorities include protecting and expanding Medicare and Social Security, raising the minimum wage to $15, cutting prescription drug prices, creating and protecting jobs and strengthening unions.
In Congress, Conor serves as the Vice Chair of the Veterans’ Affairs Committee. He also serves on the Transportation and Infrastructure Committee, and the Science, Space and Technology Committee.
From 2014-2017, Lamb served as a federal prosecutor in the Obama administration. He prosecuted violent crime, including heroin and fentanyl dealers who killed people with their drugs. He also worked to help those suffering from addiction by steering them toward rehabilitation and offering lower sentences for non-violent offenders and veterans. Lamb joined the Marine Corps after law school in 2009, and served on active duty until 2013.
Lamb, 37, went to Pittsburgh”s Central Catholic High School, and went to college and law school at the University of Pennsylvania. He currently lives in Mt. Lebanon with his wife, Hayley, and their son, Matthew.
A deeper dive into the issues can be found here:
https://conorlamb.com/issues 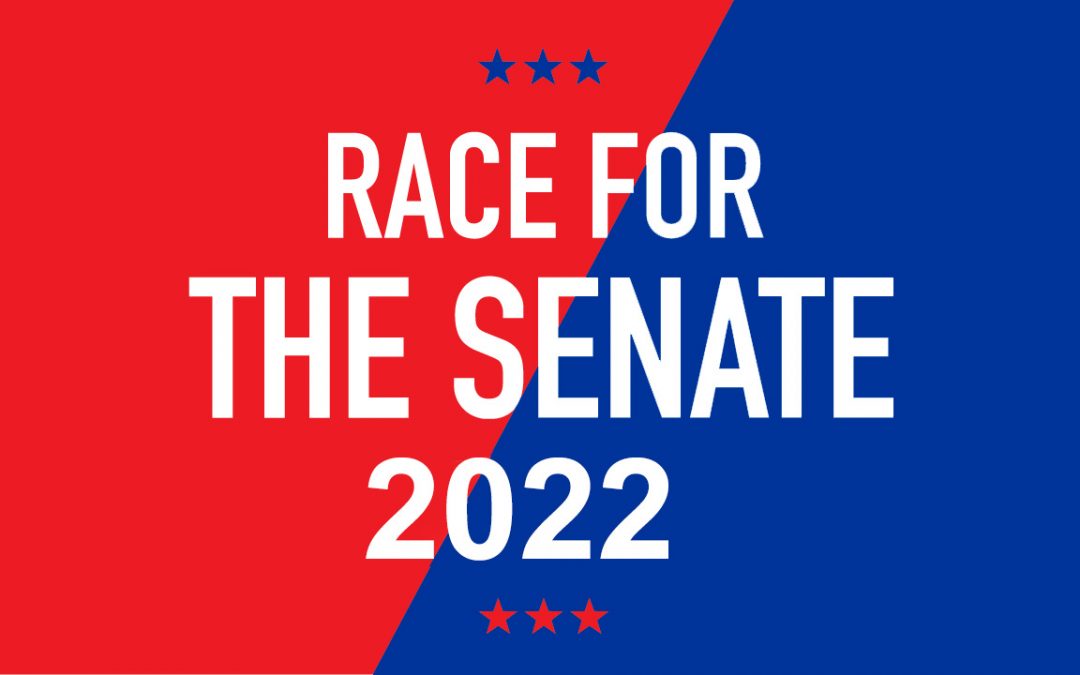 “If Democrats are going to hold the Senate, they must win the very few closely contested states up for grabs – particularly Pennsylvania.”  January 15, 2022 USA Today 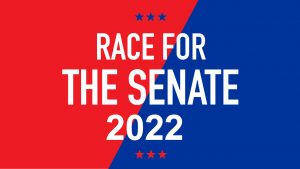 The 2022 United States Senate election in Pennsylvania will be held on November 8, 2022 to select a member of the United States Senate to represent the Commonwealth of Pennsylvania.
The election is expected to be competitive and important to determine whether Democrats or Republicans will control the Senate in 2023. This is attributed to the seat being an open Republican-held one located in a state that President Joe Biden won in the 2020 presidential election. Pennsylvania is seen by many Democrats as the best possible pickup of a Senate seat.
On October 5, 2020, incumbent two-term Republican Senator Pat Toomey announced that he would not run for re-election to a third term and currently plans “to go back to the private sector” at the conclusion of his term. 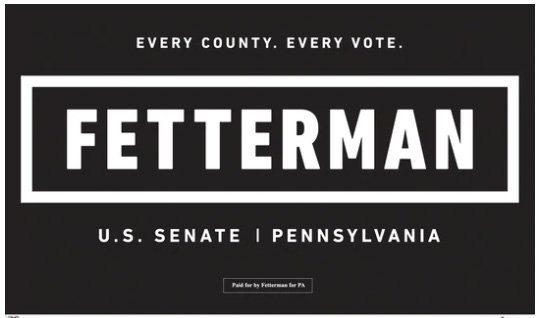 John Fetterman for US Senate 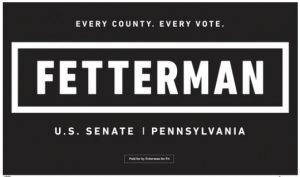 John settled in Braddock — a town that is majority-Black and where he still lives — where he spearheaded a program aimed at helping kids get their GEDs and find jobs. John decided to run for Mayor after two of his students were shot and killed, and he made it his mission to reduce gun violence. John was elected Mayor of Braddock in 2005 after winning his first race by one vote.

As mayor, John created opportunities for Braddock youth, brought in new business and jobs, helped restore access to health care after a hospital closed, confronted the epidemic of gun violence, and worked with the chief-of-police to institute a community-policing model. John served as Mayor of Braddock for 13 years, and one of his proudest achievements is going 5 ½ years without a loss of life due to gun violence in Braddock.

In 2018, John ran to be Pennsylvania’s Lieutenant Governor, and won a five-way Democratic primary and a commanding victory in the general election.

As Lt. Governor, John has transformed the position, which frankly has limited power, into a bully pulpit, advocating for economic justice and criminal justice reform.

John also chairs the Pennsylvania Board of Pardons through his position as Lt. Governor, which makes decisions on clemency and pardons in the commonwealth. Since taking over, he has revolutionized the post to fight to free the wrongfully convicted and give second chances to deserving longtime inmates, many of whom are disproportionately people of color that have been wronged by the criminal justice system. Within two years of taking over as chair, the number of pardon applications heard by the Board increased by 104%, and the number of pardon requests recommended by the Board increased by 69%.

In running for Senate this year, John is supporting the same core set of truths that he has been advancing for the last 20 years. He believes that the country is plagued by rampant inequality, a paltry minimum wage that has not changed in the last 12 years, poor housing and healthcare in marginalized and abandoned communities, a broken criminal justice system, a failed war on drugs, and continued restrictions on the right to vote.

Malcom Kenyatta for US Senate

The Fighter we Need

Representative Malcolm Kenyatta currently serves as Vice-Chair of the Philadelphia Delegation, as a member of the Governor’s Task Force on Suicide Prevention, and on a host of committee leadership positions. As the first openly LGBTQ+ person of color and one of the youngest members elected to the PA General Assembly, he is deeply committed to creating an equitable and inclusive society. As a legislator, he has championed proposals to address generational poverty, raise the minimum wage, protect workers’ rights, increase access to mental healthcare, stem the rise of gun violence, and protect our digital infrastructure.

In 2016 and in 2020, he was elected as Delegate to the Democratic Convention, both times garnering the second-highest vote total of any delegate in the Commonwealth. He has also appeared on local and national media outlets to discuss systemic poverty, affordable education and childcare, and making government more accountable to citizens. He was the subject of an award-winning short documentary about his election run, ‘Going Forward’ produced by Seven Knot Productions, which premiered on ‘The Atlantic Magazine Selects’ in 2018. In 2020, he was chosen by President Joe Biden to give the keynote address at the Democratic National Convention along with a group of other ‘Rising Stars.’ He was one of twenty Electoral College votes cast for Joe Biden and Kamala Harris, in Harrisburg on December 14, 2020.

Malcolm was deeply involved in fighting for his neighbors from a young age—as a community activist and junior block captain, a former board member of Smith Playground, and a leader of the Diversity and Inclusion Initiatives at the Greater Philadelphia Chamber of Commerce. Malcolm lives in the same neighborhood he grew up in North Philadelphia with his partner, Dr. Matt.